It’s a commonly held belief that empowerment is about getting a down line group of employees to show up differently – step up, be more engaged, and make more decisions independently. We want them to just be more confident and ‘lean in’ so they are more productive and less needy on their supervisors.

There’s actually a lot more going on than that.

In a different room, another conversation is happening among a group of those employees who have a different commonly held belief; the supervisors are over-bearing, insist on being in the middle of everything, and are making decisions to please senior leaders or make themselves look good, instead of doing the right thing.

It’s a living dynamic that ebbs and flows depending on the pressure and stakes in the system.

“In short, the basic problem with the new species of global institutions is that they have not yet become aware of themselves as living.”
Presence ~ Senge et al.

The dynamic plays on and on and has a tendency to escalate. The system signals this when its leaders are chronically frustrated or burned out, and when its employees seem to check out, and join the ranks of ‘warm chair’ attrition [a technical term for when we leave our jobs without quitting].

The results of this dynamic are generally undesirable, and spark interest in empowerment and employee engagement programs. While initially promising, the hiccup comes when we forget the rules governing living systems.

The Empowerment Wake Up Call

This back and forth escalation experience can’t be blamed on one group or another [leaders or employees], the dynamic itself ‘belongs to’ the system. But we can trust that a system dynamic like this one is governed a lot less by what employees do and don’t do and a lot more about the environment leaders create for the organization to do anything [and everything].

The not-so-convenient reality is that the lever for shifting empowerment is as much or more an exercise for senior leaders as it is for anyone else in the organization.

Last year we were coaching the senior team of a large regional production operation. The first day with this team started slowly. As they walked in, many had slumped shoulders, and several others were simply looking down. About a third were clearly going through the motions, and being ‘appropriately’ engaged and within the cultural bounds of acceptable participation. They had taken self-assessments about what and how they were motivated, and the results surprised them. The leadership conversation that followed was different. By early afternoon, they began to recognize the connection between their scores, and the undesired state of the culture, engagement levels and business results. As the connection between the two became clearer, the team actually began to perk up.

By the end of the day we heard one leader confess that for the last 8 years he had come into work every day, dreaming about the day he could retire. Another leader declared, ‘That’s it! I’ve had enough of this, we are going to leave here today, and take this place back!” She was referring to this leadership team stepping up, and playing its role more fully with employees – setting expectations, delivering fair consequences, and modeling the behavior they wanted to see. It also was a reference to the team playing its role more fully with their self-described ‘over-bearing mother ship’ – by setting boundaries and taking risks within the organization to ensure they created the autonomy they needed to turn things around.

They had clearly seen the ‘disempowerment’ dynamic that characterized their system, and found the courage and confidence to at least publicly commit to showing up differently instead of being stuck in a cycle that promotes suboptimal results.

Making these connections was the wake up call that put this leadership team on a path to empowerment. They went from dependency-based relationships to ones that were anchored in partnership. Partnering with employees around purpose and outcomes. And partnering with headquarters around what it would take for them to be successful.

Six months later, they described the environment as ‘buzzing’ with renewed pride and enthusiasm. They were hitting productivity records, and they also boasted the most improved employee engagement scores in the larger multi-national organization.

Engagement and empowerment are always a reflection of the leadership culture. For leaders who have the courage to look at their role in creating the culture [and fully own the results they are getting from it], pursing the path of partnership can be one of the most exciting, challenging and rewarding things they will ever do.

How does your organization’s leadership culture talk about employee engagement?

What level of empowerment does your organization’s leadership culture generate?

I’d love to hear your thoughts in the comments section below. 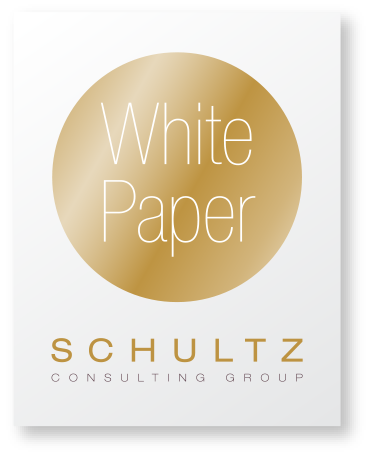